Ghanaian gospel musician, Patience Nyarko has fiercely replied Abeiku Santana after he said she has allowed the devil to use her in fighting against Joe Mettle.

In an open letter penned by the musician to the radio presenter, Patience said his words were harsh, offensive and very divisive.

She stated that Abeiku Santana was not fair, accurate, objective and unethical when making such remarks about her.

Patience Nyarko intimidated it was wrong for a renowned broadcaster like Abeiku Santana to be biased and take sides.

The ‘W’afom Kwan’ composer bemoaned his comment has the tendency to create disunity among others.

Citing Abeiku Santana’s comment as an unfortunate one, Patience Nyarko said she still has respect for him.

She declared she has forgiven Abeiku Santana for all the insinuations he cast on her personality, and any injury he may have caused to her brand. 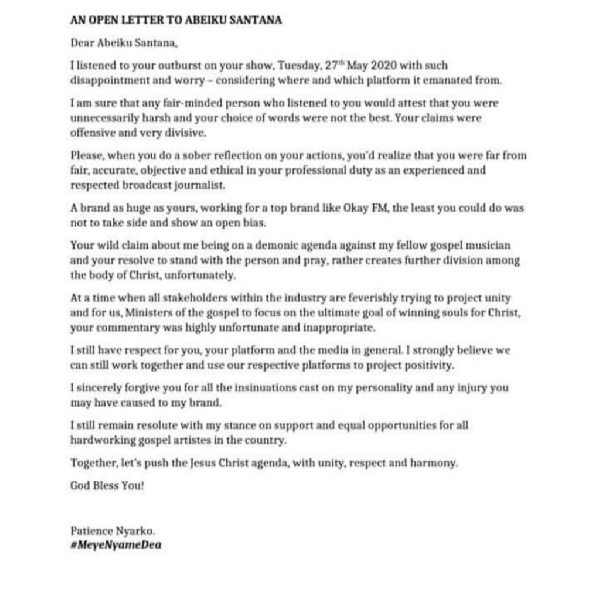