Zlatan Ibrahimovic has arrived in Italy for a medical ahead of rejoining AC Milan.

Ibrahimovic has penned a six-month contract with the Serie A side and has an option to sign on with the club for a further year.

The 38-year-old former Manchester United striker has been a free agent since leaving LA Galaxy in November. He scored an impressive 53 goals in 58 matches during his time with the Major League Soccer outfit.

Milan are currently 11th in Serie A and suffered their heaviest league defeat in 21 years just before the winter break when they lost 5-0 at Atalanta, Skysport reports.

They fired head coach Marco Giampaolo in October after just four months in charge and he has since been succeeded by Stefano Pioli. Milan have scored just 16 goals in their 17 Serie A matches this season.

Ibrahimovic previously spent two seasons at Milan, after initially joining them on a season-long loan from Barcelona in August 2010.

The Swede helped AC Milan win the league that season before signing for them permanently in June 2011. He left for Paris Saint-Germain a year later having scored 56 times in 85 appearances.

Negotiations with Milan had been ongoing for weeks with the two parties trying to satisfy Ibrahimovic’s salary demands, while also adhering to Financial Fair Play rules.

The Italian club are serving a ban from European competition due to Financial Fair Play breaches.

Related Topics:AC MilanIbrahimovicZlatan Ibrahimovic has arrived in Italy for a medical
Up Next

The attacker netted 19 minutes after coming on in the Championship matchday 44 fixture at Madejski Stadium.

Swansea City attacker Andre Ayew made a scoring return to action as the club held Reading to a 2-2 away draw in the Championship on Sunday.

The Ghanaian joined team-mate Jamal Lowe on the scoresheet in the matchday 44 fixture but goal replies from Yakou Meite and Tomas Esteves ensured the sharing of the spoils at Madejski Stadium. It was the 31-year-old’s 16th strike of the regular season, a goal higher than he reached last term.

The match result was enough to confirm Swansea’s qualification for the promotion play-off but it will not help Reading progress. With two more rounds of matches to the end of the season, the two clubs sit fifth and seventh respectively on the table, the latter just missing out by one position.

A 64th-minute substitute, Ayew made a return to action after sitting out Tuesday’s 1-0 loss to Queens Park Rangers, having picked up an injury in a 2-2 draw with Wycombe Wanderers two matchdays earlier.

Cote d’Ivoire striker Meite opened the scoring for Reading on the day, heading home into the net from a John Swift assist in the 30th minute.

Lowe, however, drew Swansea level in the 67th minute, tapping a rebound into the net after goalkeeper Rafael saved Jay Fulton’s first effort. It was an Ayew backheel pass that allowed Fulton to charge into the opposition box.

The Ghanaian put his side in front in the 83rd minute as he slotted home from close range, having been picked out by Jake Bidwell.

The hosts did not give up and ultimately found reward in the third minute of injury time as Nigeria international Sone Aluko set up Esteves for the equaliser.

The attacker’s injury return is good news for Ghana as head coach CK Akonnor is expected to name his squad for a 2022 World Cup qualifying double-header against Ethiopia and South Africa in June.

Timo Werner is set to leave RB Leipzig for Chelsea

After Chelsea agree deal in principle to sign RB Leipzig striker Timo Werner we look back at some of his best goals for Germany.

Chelsea have agreed a deal in principle to sign Timo Werner from RB Leipzig.

The Germany international striker has a €55m (£49.4m) release clause which expires on Monday June 15.

Chelsea have offered a £200,000-a-week contract to Werner, who also interested Liverpool and Manchester United.

He had publicly indicated his preference to move to Premier League leaders Liverpool but they were unwilling to pay the release clause in the current climate. 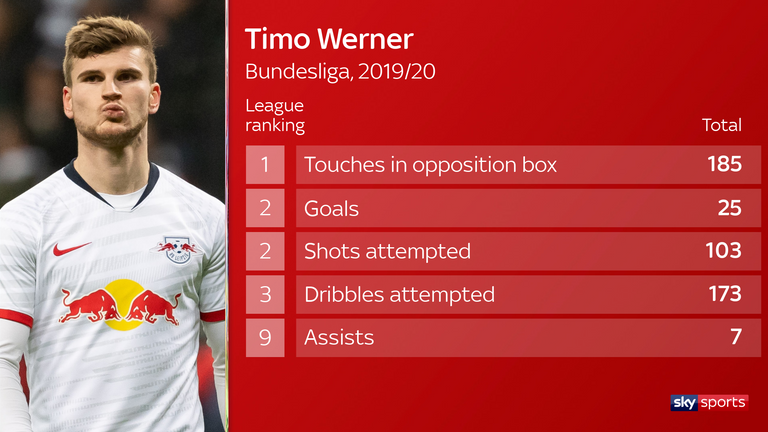 That allowed Chelsea to move in for their number one forward target, and the 24-year-old is happy to play for Frank Lampard’s side. His priority has always been to sign for a Champions League club where he can play regularly.

Werner is set to join Hakim Ziyech, who is joining from Ajax for £33m on July 1, as new additions at Stamford Bridge this summer following their transfer ban being lifted by FIFA in December last year.

Chelsea were unable to sign players last year and opted not to bring in any acquisitions in January, instead focusing on their main targets this summer.

The club are also interested in bringing in a new left-back, with Leicester’s Ben Chilwell their number one target.

The GPL is on break due to the coronavirus

The start of domestic football in Ghana will hinge heavily on the resumption of football across Europe amid a coronavirus crisis which has crippled the game globally.

The global COVID-19 outbreak has caused major disruption to the sporting calendar, with Ghana’s top and lower divisions sides forced to take action over the past few weeks.

The Ghana Football Association has suspended football in the West African nation following a partial lockdown of part of the country.

However, what remains clear if that domestic football can ONLY restart after the resumption of football across Europe.

With Ghanaian clubs relying heavily on the sale of players to Europe mostly in the summer to fund their respective clubs, it has become almost impossible to restart football after coronavirus without direction from the global football super powers.

Most clubs in Ghana rely on the sale of players abroad for major revenue stream to keep their team afloat and with the current situation in Europe and elsewhere, the restart of domestic football will hinge on the resumption of European football.

In England, the Premier League has been suspended until at least April 30 at the earliest, while in some other countries, top-flight football has been halted until further notice.

Italy, the European country badly hit by the virus, has suspended football until further notice.

The top two leagues in France – Ligue 1 and Ligue 2 – have also been suspended until further notice.

Spain’s La Liga has been put on ice while the German Football Association has suspended all football activities until further notice.

There are no football in Holland, Russia, Slovenia, Slovakia and Ukraine amongst others while new seasons in the China, Japan and South Korean have been postponed.

All national team games scheduled for June have also been postponed.

Already Ghanaian football clubs are feeling the financial pressure amid the crisis which has wrecked havoc in the world.